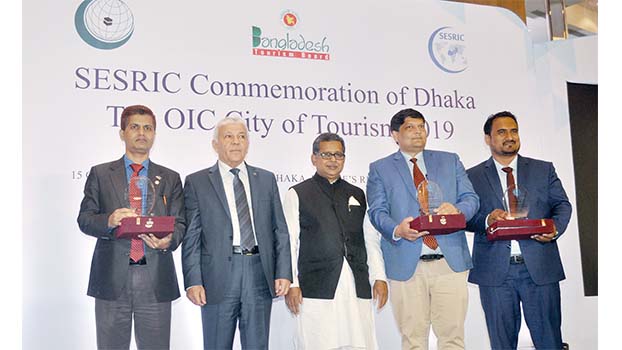 Bangladeshi VIP's Family Vacation by Int'l Cruise from Singapore
Cruise package 01:
Note: Price is per person, in USD, cruise only, applies to select sailings, based on double-occupancy, and reflects any promotional savings. Non-refundable deposit booking ("NRDB") cancelled prior to final payment due date will receive a future cruise credit in the amount of the deposit minus a $100 per person service fee ("FCC"). FCC is non-transferable and expires after 12-months from issue date. $100 per person service fee applies to changes to NRDB ship or sail date. Deposits made toward Guarantees and Grand Suites and higher categories are non-refundable and are subject to NRD Booking Terms.
More Details: Call to: 01616003131, 01711446301. Mail to: info.annextravel@gmail.com
URL: www.annextravel.com. Blog:
Posted by ওআইসির ‘সেসরিক ট্যুরিজম অ্যাওয়ার্ড’ পেল বাংলাদেশের - অ্যানেক্স ট্রাভেল অ্যান্ড কনসাল্টিং গ্রুপ at 8:08 AM No comments: