Wari Bateshwar- 2500 Years Oldest Buddhist City in Bangladesh (Latest Excavation)
ANNEX Travel & Consulting Group organized 1st Media & Student FAM Trip to Wari Bateshwar, Noshingdhi to explore new incoming Tourist destination.
1st FAM Trip to Wari Batashar (1400 Year old Buddhist City-Under Excavated). To focus on the natural and archaeological attractions, increasing awareness among the civilians to support sustainable tourism and eco tourism, organizing seminar and symposiums on tourism development of Bangladesh are the prime concerns of ANNEX Travel & Consulting Group besides satisfying the travel and tour needs.
To continue this process an Excursion was organized by ANNEX Travels and Consulting Group in Wari-Bateshwar as a leading tour and travel operator and supportive logistics provider.
The educational partner for the program was Victoria Ubiversity of Bangladesh and media partner was Ekushey Television limited. Dr. Mohammed Nasimul Azim, chairman & Associate prof. dept tourism & hospitality management, Wasiuddin al Mashud, CEO, ANNEX Travels and Consulting Group., N.A.S Iqbal Hussain, Media consultant of Ekushey Television (ETV) and also Iqbal, Executive and P.S to the chairman of ETV and chief archaeologist of the Wari-Bateshwar r. Sufi Mustafizur Rahman, Deen, Jahangir Nagar University were in the excursion team. Several other TV channels like Diganta TV, Islamic TV and ATN and local print media were also present there along with the students of Victoria University of Bangladesh. In the day long program several excavated places were viewed and their historical importance was explained to the guests.
An inauguration program was also held for opening the Lotus Temple to the general tourists.
After refreshment a seminar on Wari- Bateshwar Circuit house was held to relay the inherited knowledge of archaeology of Bangladesh specially Wari- Bateshwar to the others who are yet to be informed. Scholarly speeches were given by the organizer and experts present there. Many unanswered and interesting questions were cleared to the attendees in the seminar. After successful completion of the excursion and familiarization program the group came back to their drop out point riding through ANNEX Travel & Consulting Group’s luxury A.C. tourist coach.
Newspaper Report & TV News Coverage:a. ETV- Broadcast on three prime news with speech.
b. Diganta TV- Broadcast on five prime news with speech (CEO-ANNEX, Chair-Wari Bateshear, President-BTF)
c. ATN Bangla- Booadcast on news and special program two times with speech (CEO-ANNEX, Chairman-Tourism Depart, Nasimul Azim-Vixtoria University)
d. The Daily Jugantar- News published with Picture
e. The daily Star- English News with picture
f. The Daily Protham Alo- News with Picture
g. The Financial Mirror- English 4 page details news with three picture 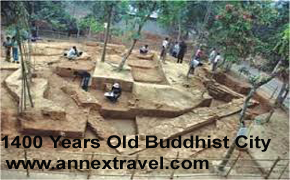 Wari-Bateshwar a significant archaeological site in Bangladesh. Located three kilometres west of Belabo thana of Narshingdi district, Wari (Wari) and Bateshwar (Bateshvar) are two contiguous villages long known for being the find-spot of silver punch-marked coins in Bengal. The villages are situated on the Pleistocene flat surface of the eastern Madhupur tract. A small dried-up river, called Kayra, flows in an east west direction on the northern side of the villages. The landscape of the area suggests that during an early historic period the old Brahmaputra river used to flow near the village. The river has now shifted a few kilometres eastward. The Meghna flows only a few kms to the south of this area and the Arial Khan flows into it. The location of the two villages on a comparatively high, flood-free ground; their proximity to the old Brahmaputra, and access to the Meghna add significance to the site. 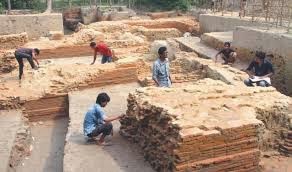 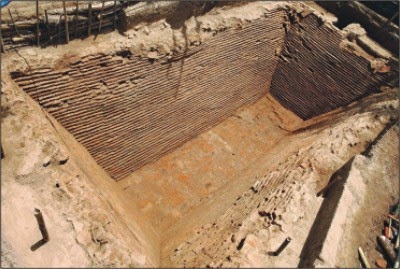 Md Hanif Pathan, a schoolteacher, first brought the archaeological importance of the villages to light in 1933. Later his son Md Habibullah Pathan, an amateur archaeologist took initiative to collect antiquities and study them. Sporadic explorations had revealed that the major part of Wari and Bateshwar villages was occupied in the ancient period. Signs of ancient settlements are noticed in the surrounding villages namely, Raingertek, Sonarutala, Kandua, Monjal, Chandipara, Patuli, Jaymangal, Harisangan, Jessore, Kundapara, Gotashia, and Abdullanagar. Hundreds and thousands of semi-precious stone beads, glass beads, Iron artifacts, silver punch-marked coins and many minor artifacts have been reported from the region from time to time. Unfortunately, all the artifacts were chance finds. They came out during ploughing of fields, digging ponds and other domestic activities and during rainy season when rainwater washes away the topsoil. 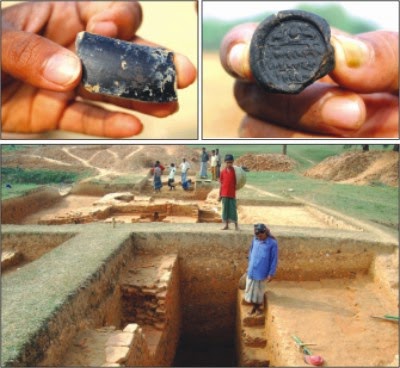 Recently important discoveries were made during a small-scale excavation at Wari. Among the discoveries a sherd of Rouletted Ware, a piece of Knobbed Ware, good number of Northern Black Polish Ware, Black-slipped Ware, common ceramics, a few semi-precious stone beads, chips, flakes and cores of semi-precious stone beads, melted pieces of iron, sign of fallen mud-wall and signs of some sort of burning activity are very significant.

The discovery of tiny parts like chips and flakes of semi-precious stones clearly prove the existence of semi-precious stone bead manufacturing centre at Wari. The flakes are produced out of primary chipping or dressing cores. The exotic beads at Wari-Bateshwar region are objects of a bye-gone art and bear silent but eloquent testimony to the marvelous artistic skill attained by the Wari-Bateshwar people. The raw materials are not available within present Bangladesh; possibly it had to be collected from outside. 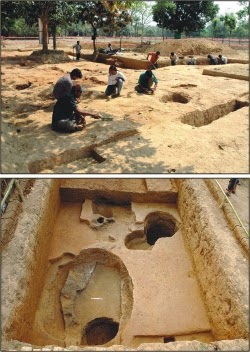 A large number of iron artifacts, eg iron blooms/ handaxes (?), spearheads, knives, nails and slugs were reported earlier. Recently nails, slugs, melted tiny missing parts and unidentified iron objects were discovered from the excavation. Although furnace has not been encountered in the small-scale excavation but some signs of firing activity could be noticed. Burnt bricks like clay lumps, result of a high temperature burning, were discovered. It is likely that there was an iron smelting industry in and around the site. Iron objects were found at Wari in NBPW level also. The time bracket of NBPW from different sites of the subcontinent varies from c 700 to 100 BC or 50 AD. 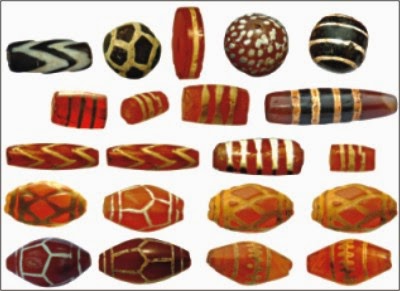 A part of fallen mud-wall has been found in NBPW level. The discovery is very significant because it reveals the long tradition of mud-wall architecture in the region in particular and in Bengal in general. This mud-wall is possibly the earliest evidence of architecture in Bangladesh. However, brick structures (brick size, 32 x 30 x 6 cm) are also found in the region. The religious nature of Wari-Bateshwar habitation is not very clear. The discovery of a Knobbed Ware at Wari hints at the existence of Buddhist practice in the region.

Considering the geographical location of Wari-Bateshwar, Dilip Kumar Chakrabarti predicted that the region had Southeast Asiatic and Roman contacts. The discovery of Rouletted Ware and Knobbed Ware from excavation and the chance finds of high-tin Bronze Knobbed Ware, sandwiched glass beads, gold-foil glass beads and Indo-Pacific monochrome glass beads provide support in favour of Chakrabarti's assumption. Chakrabarti went one step further and tried to identify Wari-Bateshwar with Ptolemy's Sounagoura. Peter Francis Jr reports Indo-Pacific Monochrome glass beads from Arikamedu (India), Mantai (Sri Lanka), Kion Thom (Tailand) and Oc-Eo (Vietnam) - each of these sites was the first urban centre in their respective regions. They were each major ports, all have been identified as emporia listed in Ptolemy' Geugraphia. The location of Wari-Bateshwar carries all the characteristics of Ptolemy's sites. Indo Pacific Monochrome glass beads were found here, it was possibly the first urban centre in the region, it was a port city and it might have had trade relations with many other cities. 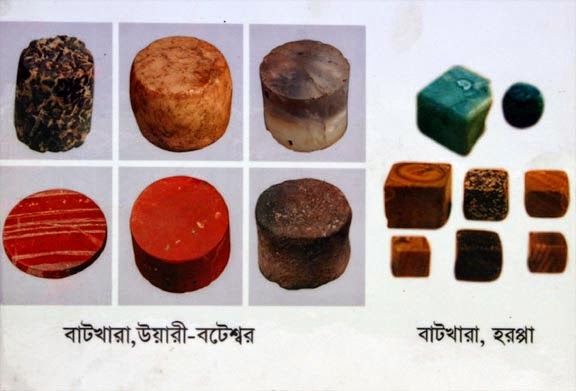 It has been inferred that Wani-Bateshwar was the eastern most limit of the Mauryan Empire. The recent discovery of NBPW from excavation has provided positive support in favour of this hypothesis. It has been argued by scholars that the wide distribution of NBPW is concomitant with Mauryan imperialism. The discovery of NBPW is significant for the understanding of Buddhism and trade routes also. 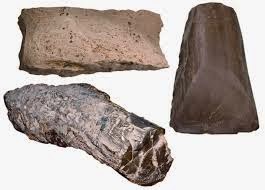 The excavation has placed Wari-Bateshwar in the early historic period. The C 14 dates have pushed back the chronology of Wari to 450 BC. The Northern Black Polished Ware, Rouletted Ware and Knobbed Ware are chronology markers of the Early Historic period. The numerous NBPW sites of the Subcontinent are placed between circa 700 to 100 BC or 50 AD, Rouletted Wares to circa 3rd century BC to 2nd century AD and Knobbed Ware to 2nd century BC to 2nd century AD. [MM Hoque and SS Mostafizur Rahman] 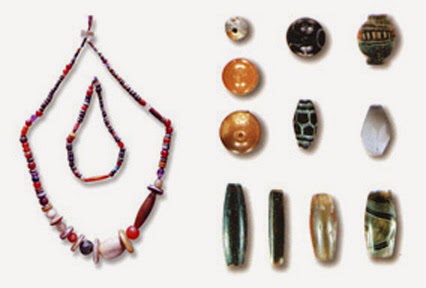 For nearly seventy years scholars had been aware of the surface finds of silver punch-marked coins, semi-precious stone beads, iron slags, pottery etc. from the twin villages of Wari-Bateshwar, Narsingdi district, Bangladesh. As no systematic archaeological investigation had been carried out so far in the region, The International Centre for Study of Bengal Art (ICSBA) undertook, with permission from the Government, a small scale trial excavation which was carried out in 2000. The exercise offered significant result. It placed Wari in the Early Historic period. NBPW, Rouletted Ware and Knobbed Ware were found in this remote eastern part of Bangladesh. A large number of chips, flakes and cores from excavation and a few pieces of raw material finds of jasper and quartz from earlier exploration absolutely proved the existence of a semi-precious stone bead manufacturing center. Iron slags and smelted tiny parts of iron have also been found.The small-scale investigation leading to discovery of Rouletted Ware, Knobbed Ware, stone beads etc., particularly in the context of the geo-location of Wari-Beteshwar, inevitably indicates to southeast Asiatic and Roman contacts.
TABLE OF CONTENT
Preface
I. A preliminary report on Wari-Bateshwar trial excavation by ICSBA/Enamul Haque, S.S. Mostafizur Rahman and S. M. Kamrul Ahsan.
II. Addendum:
1. Wari-Bateshwar and the associated evidence from the Padma-Meghna deltaic region/Dilip K. Chakrabarti.
2. Two examples of Mauryan art from Bengal/Dilip K. Chakrabarty.
3. Maritime activities and the indigenous traditions of Boat-Building in ancient and mediaeval Bengal/Enamul Haque.
4. Bronze knobbed bowls from Wari, Bangladesh: implications for trade/Kishore K. Basa and S.S. M. Rahman.
5. Wari-Bateshwar: an important centre of maritime activities in ancient Bengal/Shahanaj Husne Jahan.
6. A few Wari-Bateshwar antiquities/Enamul Haque.
III. Index.

ABOUT THE AUTHOR
Enamul Haque (ed.)

Professor Dr. Enamul Haque (b. 1937) had his M.A. in History (Archaeology Group) from Dhaka (1960), Diploma in Museology from London (1964) and Doctorate in South Asian Art from Oxford (1973). For three decades since 1962 he served the Dhaka Museum and rose to be the Founder Director General of the Bangladesh National Museum, developing it to be the largest Museum in the Third World. He was for a year (1990) Secretary-in-charge of the Ministry of Culture, Government of Bangladesh. He also taught Art History, Museology and National Heritage in the universities of Dhaka and Jahangirnagar, Bangladesh University of Engineering & Technology, the Independent University and BRAC University at Dhaka. An organizer of exceptional ability, he is the Founder Chairman (since 1995) and Academic Director of the International Centre for Study of Bengal Art (ICSBA) at Dhaka, convened six International Congresses on Bengal Art (1976, 1997, 1999, 2001, 2003 & 2005) and edits the Journal of Bengal Art (so far eight volumes). He was honoured by the Asiatic Society of Calcutta with the award of the Rama Prasad Chanda Birth Centenary Medal (1993) for his “conspicuous contribution in art and archaeology of Bengal”. Earlier, the Asia Society of New York honoured him by electing as their Honorary International Councilor (1986-92). He served as the President of the International Council of Museums (ICOM) Asia Pacific Organization (1983-86). Among his publications, notables are Islamic Art Heritage of Bangladesh (1983), Bengal Sculptures: Hindu Iconography (1992) and Chandraketugarh: A Treasure-House of Bengal Terracottas (2001).

Wari-Bateshwar one of earliest kingdoms of the World: